Choosing Cantaloupe and a Tip for Better Sleep

One of the Healthiest Fruits on the Planet

We are on week #33, counting down with my expectant friend. As some of you know from experience, she is getting pretty uncomfortable. My prayer for he

At week #32, baby is a jicama in size. That’s right, a jicama. Starts with a J and sounds like an H. Jicama is a globe-shaped root vegetable with pa

Sumo, Coconut, and the Birth Month

If you’re an orange lover, I have some REALLY GOOD NEWS! The Sumo are here. Sumo oranges, that is. I wrote about them last year. If you missed that

5 Reasons Why Your Snack Bar May Not Be Your Friend

In a recent conversation, the topic of cereal/granola/protein bars came up. They appear to be a healthy snack, especially for a very busy person who i

Getting Back on Track

A large eggplant. That is the vegetable size of a baby at week #28. Oh, but wait just a minute. An eggplant is actually a FRUIT because it grows from

My Least Favorite Vegetable and a Challenge

At week #27 baby is the size of… …a head of cauliflower. Most of you know that I do not care for this vegetable. I’ve tried. Truth is that cauli

Cheers to Scallions and a New Year

At week #26, baby is the size of a scallion. The first question that popped into my head is: What’s the difference between a scallion and a green on

The Hope and Excitement of a Baby

A bit of background for my new readers: I’m taking the produce journey along with my good friend who is expecting. As we track the progression, we l

When the Body Breaks

Sometimes, in spite of our best efforts, our bodies don’t cooperate.

I have friends with replaced hips, knees, and shoulders. Others have asthma, osteoporosis, arthritis, diabetes, cancer, and more. They are facing a myriad of challenges and emotions.

It’s frustrating when things just don’t go as planned and the body breaks.

We do the best that we know to do, and it’s not enough.

I recently had this happen to me on an extremely minor scale. The day before Thanksgiving, I began experiencing pain in my left hand. I hadn’t consciously done anything that would have caused harm—or so I thought. 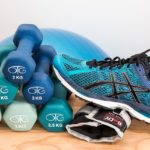 Perhaps I pulled something out of whack doing my strength training class, since I had been fine before that, and not so afterward. OUCH! So, I exercise because it’s a good thing to do, and this is the result.

It was a challenge to cook and slice and dice.

There was a slight knot and some swelling. I used ice, then heat, and did some stretching exercises that I found on Dr. Google.

I was annoyed. This was an inconvenience in my life, especially when making Thanksgiving dinner.

When I tried to do the same strength training class a few days later, I discovered the move that caused the problem. I continued to do other classes that wouldn’t make the injury worse, however I was mad that I couldn’t do what I was used to doing.

I needed a break. Sometimes we don’t take the break we need until we’re forced to do so. We push ourselves until we get the flu, need the new joint, or can’t slice and dice.

Since what we resist persists, I had to lighten up my anger at my injured hand. I overworked it, and it was yelling at me the only way it knew how. I had to change my attitude to one of gratitude. 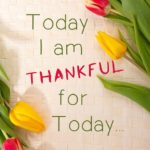 After five weeks, I’m back with my friends, doing a class I really enjoy. I’m very grateful. It was something I had taken for granted.

Aging gracefully is tricky. Like Roseanne Roseannadanna used to say, “It’s always something.”

If you’re frustrated with your body and have the desire to change your attitude, I’m here to support you. Send me an email. We’ll work on it together.

“The secret to living well and longer is: eat half, walk double, laugh triple and love without measure.”—Tibetan Proverb

Each year, I choose a word or intention that sets the stage for the days and weeks ahead.

Entering 2020, my world is full of POSSIBILITY.

Possibility came about as I reflected on the rollercoaster ride of 2019. I’m sure you’ve noticed, each year typically offers a crazy mix, with hopefully more happenings on the fun, arms-in-the-air, part of the ride. 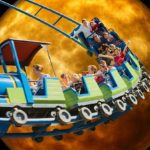 We’re always learning, evolving, and risking, as long as we’re thriving and truly living. With the many surprises comes possibility.

When I try something new, I see what’s possible. Playing it safe may feel more secure, however, that’s not my intention.

Perhaps you’d like to choose a word or intention that has significant and transformative meaning for you. If so, spend some time with it, and journal about it at least 3 times a week throughout the year. 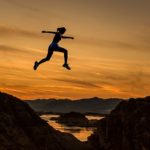 Here’s another possibility: If improving your health is an intention you’re committed to, I’m here to coach and support you.

With me by your side, you will:

My special New Year bonus: Book your NO OBLIGATION exploratory call by Saturday 1/4 and receive an extra kitchen coaching session with your program.

AND: When you schedule your call by 1/4 you’ll receive 10% off your customized 6-month coaching program!

Schedule your NO OBLIGATION call to learn more TODAY!

This is the opportunity to shift your mindset around food, health, and fitness, for good.

May this year be full of possibility for you.

“Start by doing what is necessary, then what is possible, and suddenly you are doing the impossible.”― St. Francis Of Assisi

Getting (Back) into Your Routine

We’ve gotten past the Christmas cookies, candies, and cocktails. It’s now time to get back into your “normal” routine, or figure out what that looks like.

Where and how to begin?

Simply. If it feels monumental, you’re not alone. It’s typical to feel a bit of a let down after all the holiday hoopla.

Of course, some of you may be waiting until January 2, 2020 to drop out of hoopla. You’ll be well prepared. 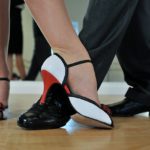 Get back to basics. If you have a gym membership, make a manageable commitment to get there. Choose one or two days a week to go and do SOMETHING. Keep that commitment. It’s a date with you to feel happier, healthier, relieve post-holiday blues, and have some fun.

Having an accountability buddy helps. When you tell another person you’re going to do something, it’s more apt to happen.

If you don’t do the gym routine, figure out what you’ll enjoy, that gets, and keeps, you moving—dance, practice yoga, walk, do Zumba, run, bike.

Pull out your calendar now and figure out what you’ll do. If you get stuck, email me and I’ll help you. Tell me your plan. You’ll have to keep your word. 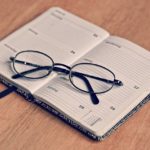 Remember, make your plan a realistic one. Start slowly and build up to doing a little more, a little at a time. Be patient with yourself. When things don’t go the way you plan, visualize a clean slate and do the next right thing.

Wishing you a really good week. Celebrate the season of merriment, friendships, and the close of another year, by getting into a routine that serves you well.

You’re worth investing in. And you do have the time.

Cheers to making the last days of 2019 memorable.

You need to eat nutritious food and you’ve get presents to buy, decorating to do, and cookies to bake. What’s for dinner?

Here’s a recipe that’s simple, quick, and delicious. Makes about 6 servings in under an hour. 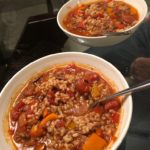 In a large pot, heat 1 Tbsp. avocado oil over medium heat, then add beef, salt and pepper. Brown the beef, stirring occasionally and breaking it up. Drain beef by using a slotted spoon to put it onto a plate lined with paper towel to absorb excess fat. Set aside. Remove any fat from pan.

Heat remaining 1 Tbsp. oil in pot and add onions and peppers. Sauté about 8 to 10 minutes. Add garlic and sauté about 30 seconds longer.

While soup simmers, cook rice according to package directions. I like to cook the rice in beef bone broth for added protein and nutrition.

When soup is done, serve in individual bowls, adding desired amount of rice to each bowl. By storing the soup and rice in separate containers, and adding rice upon serving, it doesn’t get mushy when you have leftovers.

Note: If you have leftover wine from the holidays, freeze in ice cube trays and add to soups, stews, or other recipes, for added flavor.

“No man is a failure who has friends.” — It’s a Wonderful Life