Some folks think that eating healthy is hard and boring. Really? Say it isn’t so.

There is an easier way. Rather than following a food plan that may include foods you don’t particularly like and meal prep that is ridiculous, try the “just a little bit better” plan.

Take breakfast for instance. This is a true story, of how Mr. Non-Compliant has made subtle changes over time.

What Mr. Non-Compliant Used to Eat for Breakfast 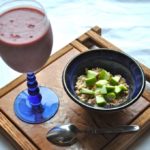 He eats a breakfast that is tasty and he enjoys. Why is it better now?

BENEFITS: he has more energy through the morning, stays full longer, and has 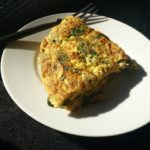 Could he do just a little bit better?

YES. Some days, he does, when the eggs are scrambled with sautéed spinach, mushrooms and sweet peppers. Adding vegetables is always a good idea.

However, sometimes he eats a donut.

So, if your typical breakfast is a coffee-something loaded with whipped cream and sugar and some type of sweet roll, you could switch to a basic coffee with a single dose of cream and sugar. Instead of the sweet roll, how about a whole grain muffin and hard boiled egg?

Just do a little bit better. When you practice this over time, one meal at a time, it won’t seem hard and boring after all.

“Healthy eating is a way of life, so it’s important to establish routines that are simple, realistically, and ultimately livable. “–Arthur Agatston